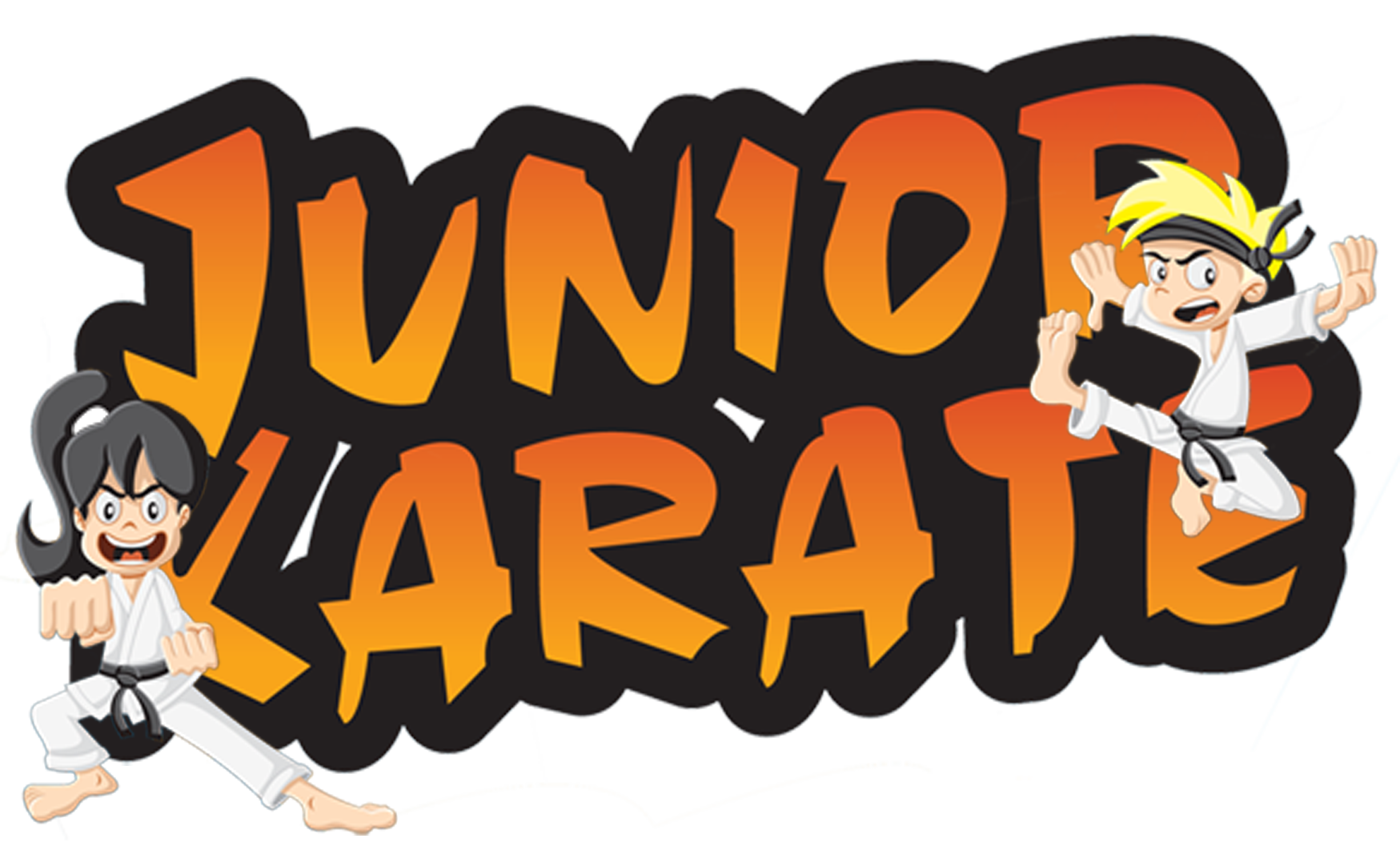 In May 2013, Hanshi Shearer awarded Sensei Paul Shephard the rank of Kyoshi which means master teacher or teacher of teachers to mark 35 years of being his student.
Training in Seishin-Ryu is very challenging, not just physically but mentally, and only truly committed karateka will succeed.

My interest in karate started when I was at school, but unfortunately there were no children's clubs at that time so I had to confine myself to watching Bruce Lee movies.

Eventually when I was about 18, after seeing the film "Enter the Dragon", I saw an advert for the JSK club in Enfield . My aim was to be as invincible as Bruce Lee was (rather stupid when you consider he had been dead for 4 years at that time!!)

After paying my £5 life membership!!!!! to the then secretary John Kerridge, who was 1st kyu at the time, I took my first ever karate lesson with sensei Colin Coull who was then a 2nd dan.

That 1st lesson was quite daunting, as out at the front were quite
a selection of fierce looking dan grades including : sensei Perry, sensei Shearer, Peter Videan, Colin Coull, Sandy Marwick, and Jim Platt.

Sensei Perry made a point of talking to me after that first session to tell me I had done well and to offer me words of encouragement.

After that first session I was hooked and trained regularly at the Enfield dojo and also at sensei Shearers Edmonton dojo where training sessions were held in the canteen of his workplace. Many a great session was held there avoiding discarded chips and peas. I soon got a place in the Enfield team and we won the 1981 JSK team kumite event with Colin Coull as captain. I was also in the kata team and we managed to win this event four times. I was also overall senior champion twice, being the only person to win the black belt kumite and kata events.

In 1983 I passed shodan under sensei Kanazawa when we were still part of SKI. Soon afterwards sensei Perry decided to form his own independent organization, and of course we at Enfield went with him.

In 2008 I felt a need to move on and with great regret I decided to leave sensei Perry and Jin Sei Kai. Sensei Perry and I parted on good terms and I will always owe a huge debt of gratitude to him.

In 2009 my mentor and teacher for over 30 years sensei Barry Shearer awarded me my 6th dan.

Seishin-Ryu was formed in 2010. The aim was not to form a huge organisation but to mutually support each in our shared enthusiasm for traditional karate. In 2012 sensei Shearer agreed to become the honorary President of the Seishin-Ryu association!

Training in Seishin-Ryu is very challenging, not just physically but mentally, and only truly committed karateka will succeed.

At Enfield we have always attracted karate-ka from other clubs and styles who wish to further their knowledge of karate-do. Now with the help of sensei's Richard Forster, Andy Lewry and my son Jack the Club has great teachers who can carry on the work started by sensei Shearer and myself.

My own training now has moved on from wishing to be an invicible fighter and now keeps me healthy, meeting great people and generally keeping my life in balance. As always I carry on learning from my teacher of 36 years hanshi Barry Shearer!
Other interests include, walking, tennis, travel, reading and gardening.

In May 2013, Hanshi Shearer awarded me the rank of Kyoshi which means master teacher or teacher of teachers to mark 35 years of being his student.

In February 2014 sensei Paul Perry sadly passed away. "If I can see farther it is because I stood on the shoulders of giants" and he was a giant in every way! In his last communication with me he asked me to "carry on with his teachings and remember that karate is not just about fighting, but about being honourable and giving the students what they need."

This I intend to do to the best of my ability.

In 2014 I took Sandan under Hanshi Barry Shearer and Kyoshi Paul Shephard.
Karate isn’t only for a brief moment, it’s a way of life and well being, if it’s properly nurtured it becomes alive and if you give it respect, the rewards are profound.

"Why Do You Want To Learn Karate?" This was the first question I was asked when I started Karate in 1998. My answer was "To Learn How to Fight". Today, Karate means a lot me to me than just knowing how to fight; it's about Respect, both for yourself and those around you. It's about Control, controlling the environment you are in; it's also about Awareness, who you are with, what they are doing, how they are acting. Karate has not taught me to fight as I once wanted; it's taught me something different, taught me to avoid confrontations. Of course, knowing Karate does give it the edge.

I started learning martial arts from a young age, after seeing a program about Judo on what was once known as LWT, I knew I had found an interest I enjoyed. A few years later I took up Ju Jitsu, but I found myself at home with Karate.

My first lesson was with Sensei Paul Shephard and I shortly started training with Sensei Shearer. Together with the knowledge and skills of both Sensei's my karate developed and I took my Shodan under Sensei Paul Perry in July 2008. A daunting experience, the only student taking Shodan, I was out in front of all the instructors and other students.

In 2014 I took Sandan under Sensei's Barry Shearer and Paul Shephard.

In 2019 I took Yondan under Sensei's Barry Shearer, Paul Shephard and Gary Battrick.
It was an honour to have Sensei Shearer attending my Yondan grading.

Seishin-Ryu Karate Club has grown from strength to strength over the years and I am proud to be a part of it. What I have learnt I am now passing on to the students I teach.

I have been teaching the junior students since 2010. With the assistance of Sensei Jack Shephard 4th Dan, it is good to see all students improve on their karate and self confidence and the respect they each show for other students in the dojo. It is even more rewarding when each student does well in their grading and proud to wear their new belts. Through their hard and dedicated training, they achieve a new grade on the road to becoming a black belt, and they wear their belts with pride.

Outside Karate, I enjoy activities including shooting, VR gaming, country walks and photography.

Sensei Barry Shearer has been training for over 40 years and teaching for over 30 years.
Sensei Kanazawa invited Sensei Shearer to come with him to the Milan championships as a representative of one of Kanazawa Sensei's longest-running karate-ka

Sensei Barry Shearer has been training for over 40 years and teaching for over 30 years. Sensei Shearer started karate at a club in Tottenham Polytechnic. His first lesson consisted of Gedan Barai and Age Uke, both of which he was able to display an understanding of instantly and prompting his instructor to constantly ask if he had ever trained before, not believing this was his first lesson. The club closed shortly after Sensei Shearer starting due to the high volume of injuries the other students were receiving.

It was whilst training with Sensei Whitcher that Sensei Shearar first meet Sensei Paul Perry who would later take over the running of the club and become an immeasurable inspiration on Sensei Shearers Karate-ka.

On 13th August Sensei Barry Shearer was awarded 8th Dan with the honorary title of Hanshi. Hanshi is an honorary title given to the highest Black Belt of an organization, signifying their understanding of their art.

Many young people give up karate upon obtaining a black belt feeling that they have achieved everything, but Jack knew that this was just the beginning and gained his Nidan in 2012 in front of all the senior Seshin-Ryu examiners!

He now helps teach in the Junior classes and acts as a mentor to the aspiring new students.

Jack also cross trains in Judo and has found that it helps in his study of karate kata.

Jacks other interests are cricket, football and tennis and has reached a good standard in all these sports.